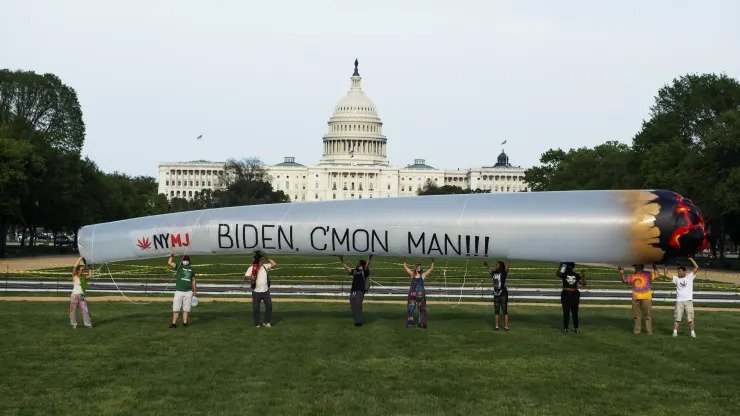 The pardons apply only to federal offenders convicted of “simple marijuana possession” as well as those charged in the District of Columbia, but Biden called on governors across the country to follow suit.

More than 6,500 individuals with prior convictions for simple marijuana possession were impacted by the pardons, a White House official said, and thousands more through pardons under D.C. law. The pardons will not be extended to those who weren’t U.S. citizens and were illegally in the country at the time of their arrest.

Cannabis companies Tilray Brands and Canopy Growth both spiked on the news, gaining 30% and 22%, respectively, in afternoon trading. As of Thursday’s close, however, each stock still traded for less than $4 per share.

In addition to the pardons, Biden announced that he has instructed Secretary of Health and Human Services Xavier Becerra and Attorney General Merrick Garland to begin reviewing how marijuana is classified under federal drug laws.

Biden noted that marijuana is currently a schedule one substance under federal drug sentencing guidelines, “the same as heroin and LSD – and more serious than fentanyl,” he said. “It makes no sense.”

The Justice Department’s Office of the Pardon Attorney will take the lead on administering Biden’s proclamation, an agency spokeswoman said.

In the coming days, the office will implement a formal process to provide pardoned individuals with a certificate of pardon, she added.

The proclamation also formally restored to these individuals all the political, civil, and other rights that were denied to them as felons.

“There are thousands of people who were convicted for marijuana possession who may be denied employment, housing, or educational opportunities as a result,” Biden said. “My pardon will remove this burden on them.”

The relatively small number of people who were actually pardoned on Thursday obscures the massive role that marijuana plays in the American criminal justice system.

Every year, arrests for marijuana possession typically account for between 40% to 50% of all drug arrests nationwide.

According to research compiled by the American Civil Liberties Union, between 2010 and 2018, there were 6.1 million arrests in the United States for marijuana possession. In 2018 alone, police made more arrests for marijuana, “than for all violent crimes combined.”

“Too many lives have been upended because of our failed approach to marijuana,” Biden said. “It’s time that we right these wrongs.”

Beyond Washington, Thursday’s news represents a major victory for the country’s nascent marijuana industry, which has struggled to gain access to major financial markets due to disparities within the patchwork of state laws that govern marijuana possession.

“Today represents action from the Administration that we have been waiting for – an acknowledgement that cannabis prohibition has failed and that too many lives have been significantly impacted as a result,” said David Culver, vice president of government relations for Canopy Growth.

Biden’s proclamation “has set into motion the actions needed to heal the harms of the past and chart a course for responsible, legal cannabis markets in the future,” he said. 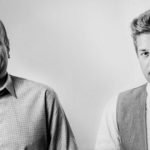